LATEST OECD REPORT - THE TERRITORIAL IMPACT OF COVID-19: MANAGING THE CRISIS ACROSS LEVELS OF GOVERNMENT

LATEST OECD REPORT - THE TERRITORIAL IMPACT OF COVID-19: MANAGING THE CRISIS ACROSS LEVELS OF GOVERNMENT 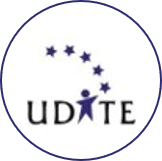 With more than 1 million people around the world affected by COVID-19 and half of the world population experiencing confinement measures, national and subnational governments are adopting a wide range of measures to respond with targeted action and cope with the public health emergency and its economic impact. The OECD estimates that for each month of strict containment measures, there will be a loss of 2 percentage points in annual GDP. The impact is of COVID-19 crisis is also differentiated within countries, with some regions and cities being harder hit than others. The combination of national and subnational measures and an ability to work together, is fundamental for an effective response to this crisis and, ultimately, any emergency. As of 3 April, the responses by national and subnational governments highlighted that:

National and subnational governments will be leading the economic recovery effort, including through regional and local recovery plans that are likely to include business support and stimulus packages targeting public investment. Some of this activity is already underway. France established regional task forces that include development banks in order to accelerate support measures for businesses, while EUR 1 billion in national and regional funds have been unlocked to support artisans, retailers and small businesses. Poland announced an economic recovery package that includes boosting public investment. The European Union launched the “Corona Response Investment Initiative” (CRII, complemented by the CRII+) directed at health care systems, SMEs, labour markets and other vulnerable parts of EU Member State economies. The United States passed a USD 2 trillion relief package for individuals and businesses. It include money for hard-hit hospitals and healthcare providers, as well as financial assistance for small businesses, and loans for distressed companies.

THE TERRITORIAL IMPACT OF COVID-19: MANAGING THE CRISIS ACROSS LEVELS OF GOVERNMENT © OECD 2020